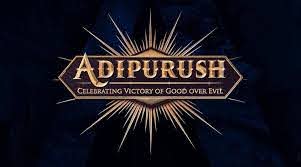 Chennai: The makers of Adipurush announced that the film would release in 2022. Actor Prabhas shared a poster in this regard.

Prabhas recently took to social media to announce the release date of his upcoming film, Adipurush, where the new logo of the movie states that it will hit the screens on 11 August 2022.

Adipurush, reportedly an adaptation of the Indian epic Ramayana.

Adipurush is a 3D action drama helmed by filmmaker Om Raut. The movie is being co-produced by Bhushan Kumar’s T-Series and Om Raut. Adipurush will be Prabhas and Bhushan Kumar’s third film together after Saaho and Radhe Shyam.

Saif Ali Khan has also been roped in to play the antagonist in the film.

Adipurush is a bilingual film that will be shot in Hindi and Telugu and will also be dubbed in Tamil, Malayalam and Kannada.

Adipurush first look out; Prabhas and Kriti Sanon wake up fans with a major…