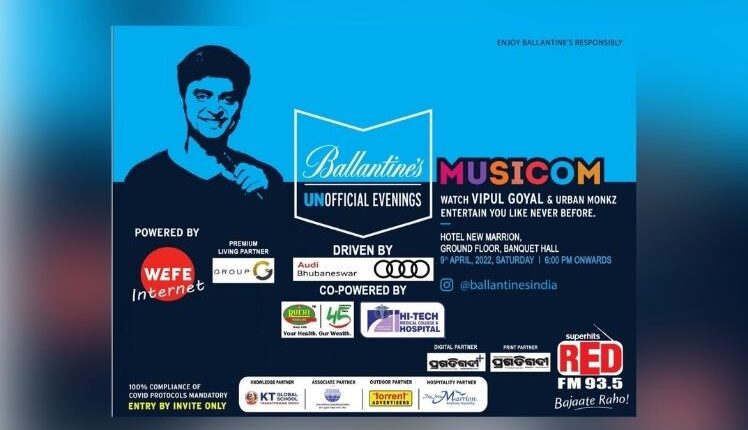 Bhubaneswar: India’s stand-up comedy sensation Vipul Goyal along with rock band Urban Monkz will be in Bhubaneswar tomorrow. And, it’s time for the people of Temple City to experience a one-of-a-kind event that they will fondly remember.

India’s one of the most popular Radio Networks, 93.5 RED FM is all set to enhance the fan-event experience for music and comedy lovers in Bhubaneswar.

Fans are super excited as ever to see the ‘Indian Seinfeld Vipul Goyal’ as they shared their excitement on social media a day before his show on Saturday evening.

Here are some of the reactions of his fans: 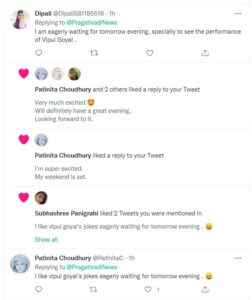 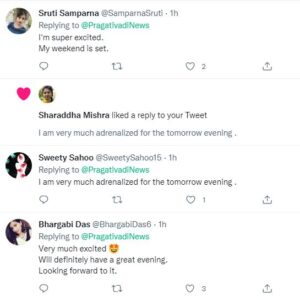 Vipul Goyal, a noted stand-up comedian & actor, is counted among the top comedy performers in India and also plays the main protagonist in the web series Humorously Yours. He is the only Indian comedian with a dedicated show of his own, with millions of views on his online videos across various platforms. The show revolves around his struggles of becoming a comedian and season 2 depicts his life after his success. He is often called the “Indian Seinfeld” as he does some observational comedy.

Goyal is a pioneer of clean comedy and his content is based on topics like Indian Dads, Facebook, Engineering, Sachin Tendulkar, Indian Trains, Dating, Management, and Politics. He was greatly inspired by Indian stand-up comedian of The Great Indian Laughter Challenge fame, Raju Shrivastava.

The upcoming event of RED FM MUSICOM will feature the electrifying live performance by the Kolkata-based rock band–Urban Monkz at the Hotel New Marrion in Bhubaneswar on the 9th of April, from 6 PM onwards.

Urban Monkz features regional musicians who play the most intoxicating mix of eastern and western sounds. It is one of the leading businesses in the Bands. Also known for Orchestra Bands, Wedding Bands, Bands, Rock Bands, Western Music Bands and much more, the fans say they just steal the show every time they perform.