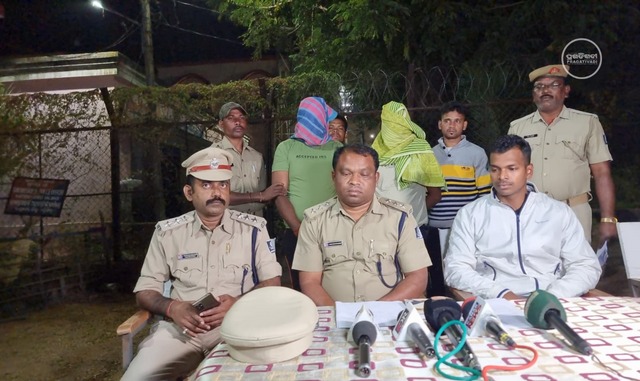 Bolangiri: Police on Friday arrested two persons in connection with the recovery of a semi-burnt body of a woman in cashew forest near Turekela in the district on November 24.

The accused persons are Sachin Agrawal and Suraj Agrawal of Kantabanji.

At a press meet, Kantabanji SDPO revealed that victim Tanu Kure, a resident of Chhattisgarh was a private bank employee. She had gone missing on November 21 following which her family members lodged a missing complaint with Chhattisgarh police.

During investigation, Chhattisgarh police came to know about her love affair with Sachin Agrawal during her stay in Kantabanji.

The police were in touch with their Odisha counterparts. Bolangir SP had formed a team which arrested Sachin and his aide Suraj.

During questioning, Sachin confessed to his crime before police. He said that he had shot his girl friend dead over her relationship with another youth and burnt her body in a bid to destroy evidence.

Sachin had kept the gun used in the crime at his aide’s house Suraj Agrawal of Kantabanji.