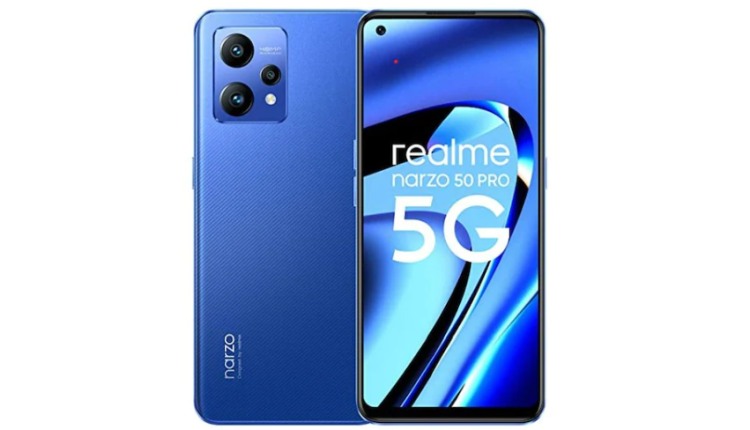 New Delhi: The Realme Narzo 50i Prime has been launched for the global market. The smartphone is a budget device equipped with a decent specs lineup that makes it a fitting backup phone or a good option for someone low on budget.

As for the pricing and availability, the Realme Narzo 50i Prime starts at $99.99 for the base model with 3GB RAM and 32GB storage. The 4GB + 64GB option is priced at $109.99. The phone comes in Dark Blue and Mint Green colors. The phone will go on sale globally on AliExpress from June 27.

The specification of the Narzo 50i Prime is almost similar to that of the recently launched Realme C30 budget smartphone. This includes a 6.5-inch LCD screen with HD+ resolution. The device is also powered by the Unisoc T612 chipset and packs a 5,000mAh battery just like the C30.

For optics, the Realme Narzo 50i Prime packs a 5MP camera sensor at the front for selfies. At the rear, the single primary camera is just an 8MP sensor meaning that the huge module is just for aesthetic purposes.

In other aspects, the Narzo 50i Prime comes in 3GB and 4GB RAM options with 32GB/64GB storage options. The storage is expandable via a microSD slot. The device runs on the Android 11-based Realme Go Edition. The phone supports 10W fast charging but utilizes a micro USB port. There is also a 3.5mm audio jack onboard.

Four Minors Drown In Pit Filled With Rainwater In Koraput

‘HIT: The First Case’ Trailer Out: Rajkummar, Sanya To Give A Thrilling Roller-Coaster Ride