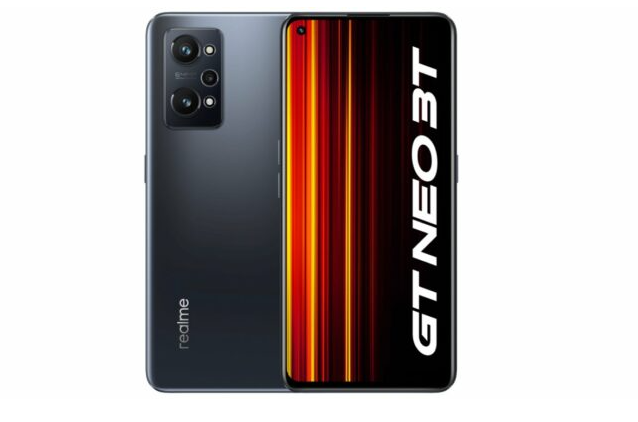 New Delhi: Realme has launched its latest  GT phone portfolio with the launch of the Neo 3T. The device comes with a 6.62-inch 120Hz AMOLED display, Snapdragon 870 SoC, a triple camera setup, Android 12 and a 5000mAh battery. Let’s take a detailed look at the handset’s specs, price, and availability.

Realme has finally unveiled its much anticipated Realme GT Neo 3T globally at its launch event for the GT Neo 3 series.

The Realme GT Neo 3T has a 6.62-inch E4 AMOLED display with a refresh rate of 120Hz. The display also has a peak brightness output of 1300 nits and comes with HDR 10+ support.

The smartphone runs on Qualcomm’s Snapdragon 870 mobile platform, which is paired with 8GB of RAM, and up to 256GB of internal storage.

On the back is a triple camera module with a primary 64-megapixel sensor, along with an 8-megapixel camera and 2-megapixel macro lens.

The phone is powered by a 5000 mAh battery with support for 80W fast charging. The phone will ship with Android 12 and Realmi UI 3.0 skin.

Realme says that the phone has Vapor Chamber-based cooling that will keep the thermals in check. There is support for Bluetooth 5.2 and dual-band WiFi.