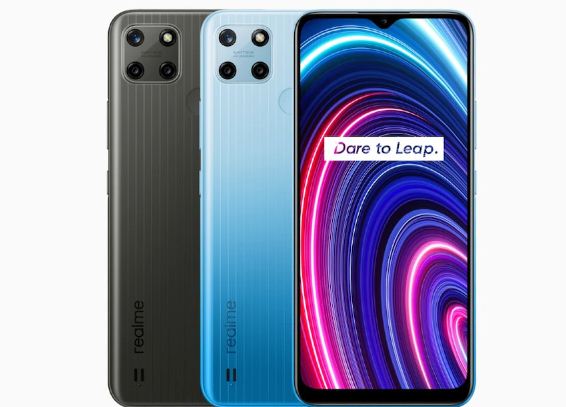 Realme C25Y Pre-Booking Starts From Today: Everything You Need To Know

New Delhi: Realme’s latest smartphone C Series – Realme C25Y will be available for pre-booking from today. The smartphone C25Y is the company’s first C-series phone and probably the first phone at its price to feature a 50-megapixel camera on the back.

Talking about the specification the Realme C25Y comes with a 6.5-inch HD+ display with a screen-to-body ratio of 88.7 per cent. The display has a waterdrop notch on the top, inside which is an 8-megapixel selfie camera. It runs Android 11 with Realme R Edition skin on top. The Realme C25Y has a fingerprint sensor on the back for easy access. It is powered by an octa-core Unisoc T610 processor, which is paired with 4GB of RAM on the phone and up to 128GB of storage, with an option to expand the storage using a microSD card.

Realme has given a 50-megapixel camera on the rear system. According to the company, it can click large pixel photos with a resolution of 8160×6144 pixels. There is a 2-megapixel macro camera and a 2-megapixel black-and-white camera in this rear system. The Realme C25Y packs a 5000mAh battery with a standby time of 48 days. The phone has Wi-Fi, Bluetooth, GPS, and support for 4G VoLTE on both SIM card slots. It has a 3.5mm headphone jack.