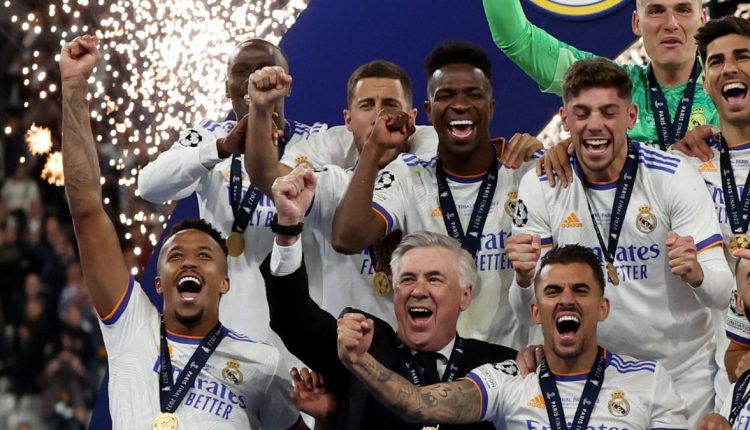 Paris: Real Madrid defeated Liverpool in a tight Champions League final on Saturday night at the Stade de France. Madrid scored in the 59th minute to break the deadlock via Vinicius Junior and were not broken for the rest of the night due to an exceptional performance by Thibaut Courtois.

Ancelotti, who had set an improvised 4-3-3 for the final had his defence on point as numerous shots were blocked by his defenders and his keeper in the tense moments of the first half, when Real Madrid struggled to find their feet in the game. The Belgian goalkeeper Courtois, who has been a rock in Madrid’s success this season saved nine shots from Liverpool forward who kept pushing for a goal throughout the game.

The defensive performance mixed with some fantastic passing to keep control of the game in the second half gave Real Madrid the victory and in the process, making the Italian the most successful manager in the history of the Champions League.

“I think Liverpool were strong, but if you keep a high defence and give them room to attack behind you, that’s where you struggle, so our defenders did well to close those spaces,” the manager said after the game.

However, this was not the only record that Ancelotti achieved on the night, as he also won the 100th game in the competition from 178 matches that he has played.