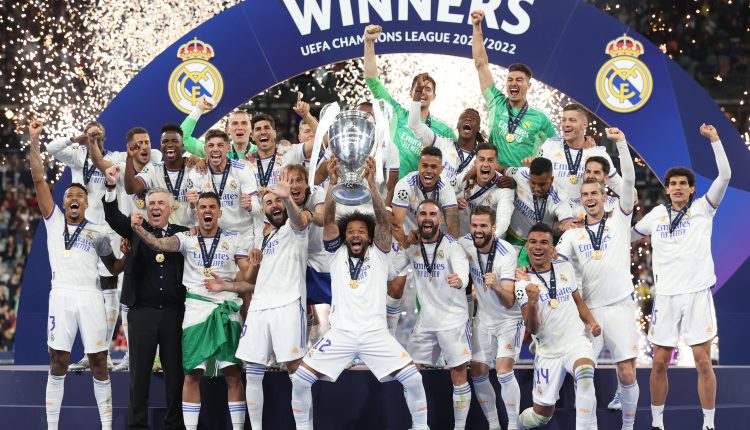 Paris: Real Madrid became the European champions for a record-extending 14th time after beating Liverpool 1-0 in a Champions League final at the Stade de France in Paris. Brazilian winger Vinicius Junior fired in from a close-range finish in the 59th minute from Federico Valverde’s drive across the face of goal, securing a 1-0 lead for Madrid that remained intact until the final whistle.

Liverpool, who finished the season with two domestic cups in England, couldn’t find a way past Madrid goalkeeper Thibaut Courtois. The Madrid goalkeeper tipped Sadio Mane’s first-half shot onto the post and produced an even better save to turn away Mohamed Salah’s effort in the 81st minute.

With the win, Madrid now own double the number of European Cups as the No. 2 on the list, AC Milan, who have seven under their belt. Liverpool remain on six.

Vinicius Junior scored the only goal of the game as Real Madrid beat Liverpool 1-0 in Saturday’s Champions League final in Paris to become kings of Europe for a record-extending 14th time after a night marred by problems outside the ground that led to the kick-off being delayed by over half an hour.