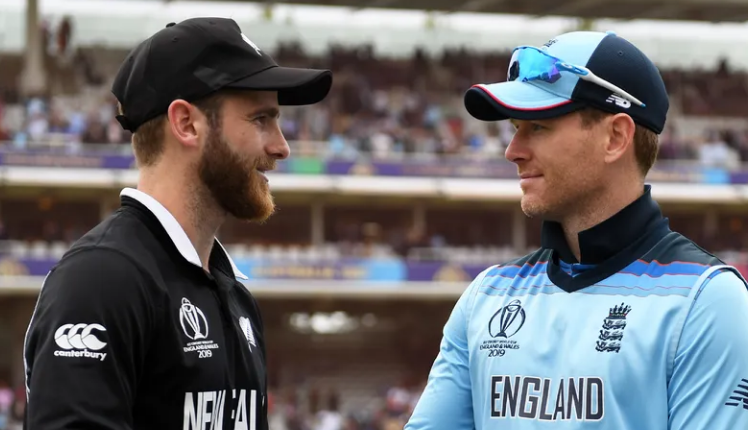 Reaching Final Would Be Hell Of An Achievement Given Injuries: Morgan

Dubai: England captain Eoin Morgan revealed it would be a “hell of an achievement” for his injury-hit England to beat New Zealand in the ICC Men’s T20 World Cup 2021 semi-final.

The skipper is bidding to lead his side to their third successive ICC final with victory in Wednesday’s semi in Abu Dhabi but will have to do without opener Jason Roy after he pulled his calf against South Africa, adding to a star-studded injury list that already includes Jofra Archer, Ben Stokes, Tymal Mills and Sam Curran.

Morgan captained England to glory against New Zealand on home soil in the final of the 50-over World Cup in 2019 and also got the better of the Black Caps in the semi-final of the ICC T20 World Cup 2016, before losing to the West Indies in the final.

When asked what it would mean to make the final without his injured stars, Morgan said: “That’s a good question. I think it would be a really strong representation of what the 50-over side have achieved since 2015.

“I think we had a glimpse of that during our summer when we had to replace 15 players against Pakistan and they ended up beating Pakistan’s strongest ODI team 3-0.

“I think that was a good instance of an English cricketer. But I think if we could achieve something like that it would be quite close. You might only get to the final and lose, but getting to the final would be a hell of an achievement.”

Chris Silverwood’s side qualified top of Group 1 and will face New Zealand who finished second behind unbeaten Pakistan in Group 2.

England lost their own undefeated record in their final encounter against South Africa but more importantly Surrey batter Roy was ruled out of the tournament, with Morgan suggesting his experience at the top of the order is irreplaceable.

He added: “I think like losing any of your experienced players, you can’t really replace that experience that Jason has.

“He’s played integral parts in our two previous World Cup campaigns, very similarly to other guys that have been injured or have missed the tournament through injury.

“Other guys have found something else within themselves to either try and fill that gap or contribute in a different way to the team.

“If you look right from the very beginning of our selection process leading into the World Cup, we’ve got a number of big name players missing from our squad and that’s continued both pre-tournament with Sam Curran and into the tournament with Jason Roy and Tymal Mills.

“I think [out] of all the things we’ve done well throughout this tournament, probably the strongest point has been the resilience within our squad to be able to find a way to move forward and forge on.”

New Zealand captain Kane Williamson thinks the match should be a terrific contest and due to the “fickle” nature of T20, one that can go either way.

He said: “I think one of the strengths of the England side is their depth that they’ve managed to produce over a period of time.

“Having spent some time at the Birmingham Phoenix and being a little bit involved in the Hundred, you can tell that there’s a huge amount of talent. They’re still very much a strong side who have been playing some really good cricket.

“This format is fickle in its nature and both teams will look to put their best foot forward and what will be will be at the end of it.

“We’ve been ticking over reasonably nicely and watching from afar England have been doing something very similar, so it should be a really good contest.”