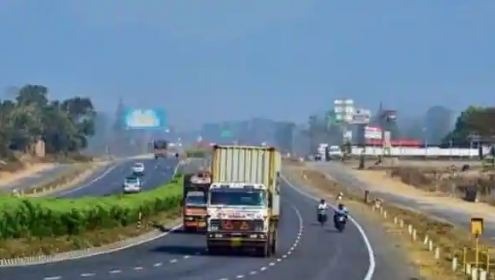 Re-Registration Of Vehicles Moving To Other State Now Easier

New Delhi: The Ministry of Road Transport has issued a notification of draft rules, which would make it much easier for those shifting from one state to another to re-register their vehicles.

In a statement, the ministry said it is proposing a new system of vehicle registration, wherein allocation would be marked as “IN” series and this will be on pilot test mode.

“The step comes in the context of several citizen-centric steps and an IT-based solution for vehicle registration taken by the government,” the ministry said in a press release.

Issues of re-registration of vehicles on relocating from one state to another fall under section 47 of the Motor Vehicles Act, 1988. The act allows the owner to keep their vehicle in any state other than the state where the vehicle is originally registered (parent state) for a period of 12 months, as new registrations have to be made with the authorities concerned within 12 months.

Keeping this in mind, the ministry has proposed a new system of vehicle registration on a pilot basis — wherein vehicle registration would be marked as ‘IN’ series instead of bearing the parent state’s initials, which is applicable at present. The draft rule has been put up on the ministry’s website inviting comments from states and UTs in the next 30 days.

“Vehicle registration facilities under ‘IN series’ will be available to Defence personnel, employees of the Central Government, State Governments, Central/ State PSUs and private sector companies/ organisations, which have offices in five or more States or Union Territories,” the ministry said in the release.

The motor tax on ‘IN series’ vehicles will be levied for two years or in multiple of two. The ministry expects this move to facilitate free inter-state movement of vehicles.

A passenger vehicle user has to take these steps to re-register a vehicle:

(i) No Objection Certificate from the Parent State for assignment of new registration mark in another state.

(ii) Assignment of new registration mark after the road tax on pro-rata basis is paid in the new State.

(ii) Application for refund of the road tax in the parent State on pro-rata basis.

Odisha: 12 succumb to coronavirus in a day