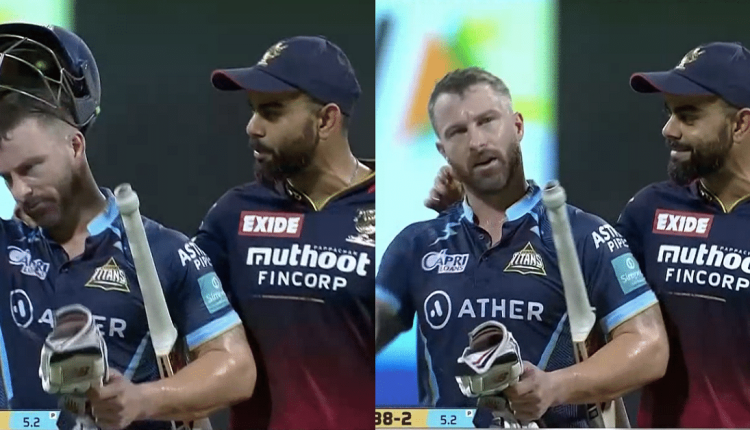 The 67th match of the Indian Premier League (IPL) 2022 is being played between Faf du Plessis-led Royal Challengers Bangalore (RCB) and Hardik Pandya-led Gujarat Titans (GT) at the Wankhede Stadium in Mumbai on Thursday, May 19.

The Australian wicketkeeper-batsman was dismissed by Glenn Maxwell on the second ball of the 6th over and he managed to score just 16 runs off 13 balls, including 2 fours and one six.

Notably, Maxwell delivered a length ball angling towards the stumps to Wade and the Gujarat Titans batter moved across, got low and tried to play a sweep shot and it seemed like he under edged the ball onto the pad.

However, the on-field umpire raised the finger and the batter was declared out LBW but Matthew Wade was confident that there was some connection between the bat and ball and he asked for a DRS.

There was some technical fault in the technology as the UltraEdge couldn’t detect the edge and it showed no spike when the ball passed the bat and the third umpire also gave it out and Wade was furious after his dismissal.

Meanwhile, former Royal Challengers Bangalore captain Virat Kohli, who himself has been very unlucky with the bat in recent times, was seen having a chat with dejected Wade when he was walking back to the dugout in anger after losing his wicket despite edging the ball.