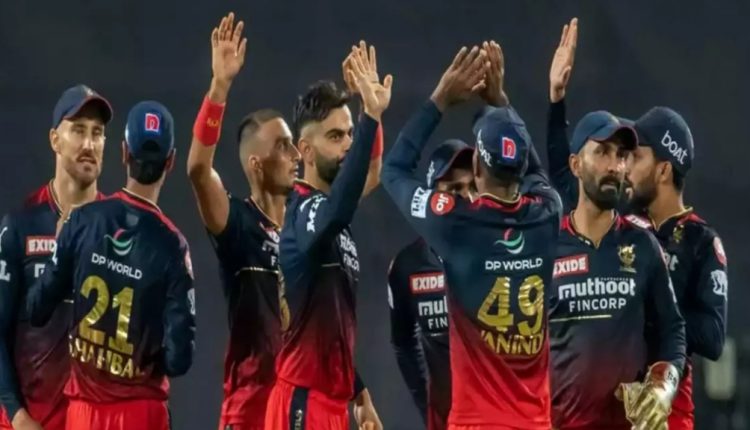 Chasing a target of 174, CSK were restricted to 160 for eight in 20 overs. Devon Conway top-scored for CSK with a fine 56 while Moeen Ali also played a quickfire knock of 34.

For RCB, Harshal Patel took three wickets while Glenn Maxwell also picked up a couple. Earlier, a quickfire 42 from Mahipal Lomror, followed by a 26-run cameo from Dinesh Karthik powered RCB to a total of 173 for eight.

After being put into bat first, RCB got off to flying start in the powerplay as openers Virat Kohli and Faf du Plessis added 62 runs for the first wicket. Moeen Ali gave CSK the breakthrough, removing Faf in the eighth over. Glenn Maxwell and Kohli followed him as well as CSK took charge of the proceedings. Lomror and Rajat Patidar then steadied RCB before Karthik gave them a strong finish.