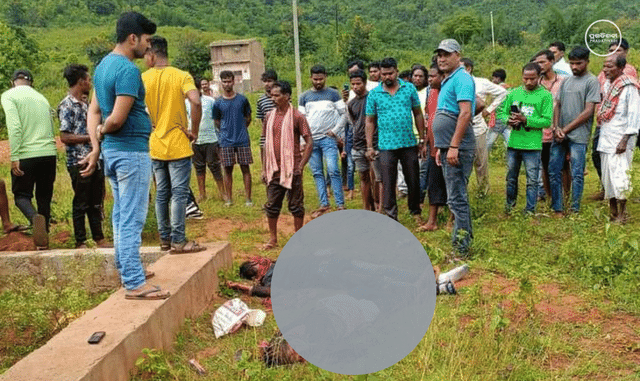 Tikiri: A youth on Saturday allegedly killed a girl by slitting her throat after she turned down his love proposal and then attempted to kill himself in the same way.

The tragic incident took place in Ushapada village under Tikiri police station of Rayagada district this afternoon today at around 1 PM.

The deceased was identified as Reema Majhi, daughter of Durjya Majhi of Sanamatikona village within Tikiri police station limits while the accused identified as Rashika Pradhani of Mundagaon village. A young girl sustained serious injury on her hand while trying to save her friend Reema from the attack.

According to sources, the accused had developed a one-sided love for Reema, who worked as a daily labourer. She had come to work in an under-construction house today. While she was sitting after having lunch in the afternoon, the accused showed up suddenly and started arguing with her.

However, when the argument escalated, the accused slit the girl’s neck with a sharp knife, and then attempted to commit suicide by slitting his throat.

On receiving the information, Tikiri police reached the spot and admitted the accused Rashika at Utkal Hospital in Ushapada in a critical condition. Later, he was shifted to Rayagada District Headquarters Hospital as his condition was critical.