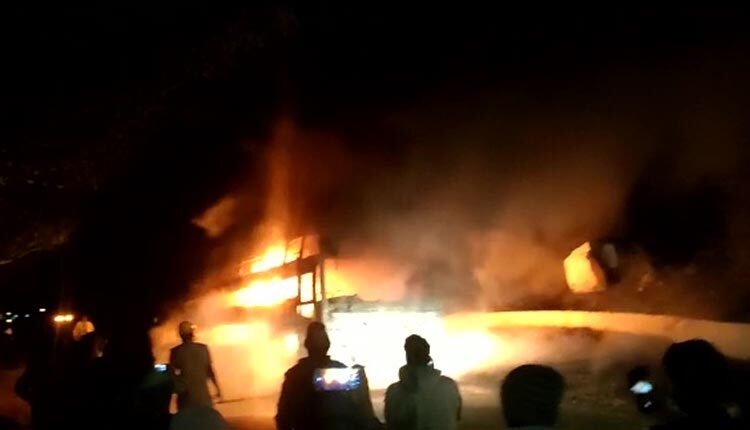 Rayagada: At least 50 passengers had a close shave after the bus they were travelling in caught fire near Tarini chak at Siriguda in Rayagada district late last night.

According to sources, the mishap occurred while the bus was on its way to Polasara in Ganjam district from Kasagumuda in Nabarangpur district when the driver witnessed smoke coming out. Though the bus staff asked the passengers to stay inside initially, the occupants alighted the vehicle soon.

The passengers alleged that the bus driver and conductor fled the spot.

On being informed, the fire fighting teams reached the spot and doused the flames. A short circuit is suspected to be the reason behind the mishap.

Over 50 Taken Ill After Eating Prasad In Balasore