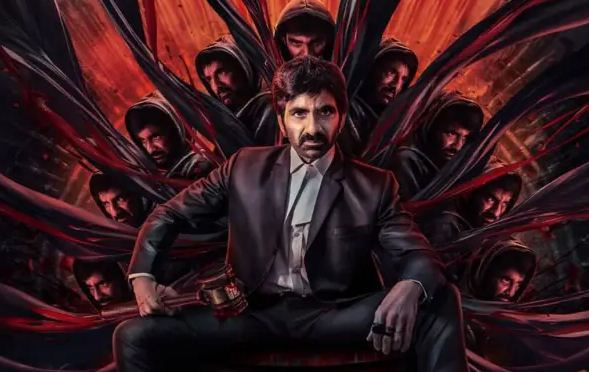 Hyderabad: The first look of Ravi Teja’s 70th film titled ‘Ravanasura’ was released on Friday. Ravi Teja took to his Twitter handle to share the poster. He wrote: Excited about this #Ravanasura.”

In the picture, the actor can be seen dressed as a lawyer and sitting on a chair with a gavel in his hand with blood dripping from it.

Directed by Sudheer Varma and produced by Abhishek Nama under the Abhishek Pictures banner and RT Teamworks.

On the work front, Ravi Teja’s Khiladi will quickly launch in theatres. The 53-year-old additionally has Tiger Nageswara Rao, Rama Rao on Responsibility, and Dhamaka within the pipeline.

Keep Your Lungs Healthy With These Yoga Asanas