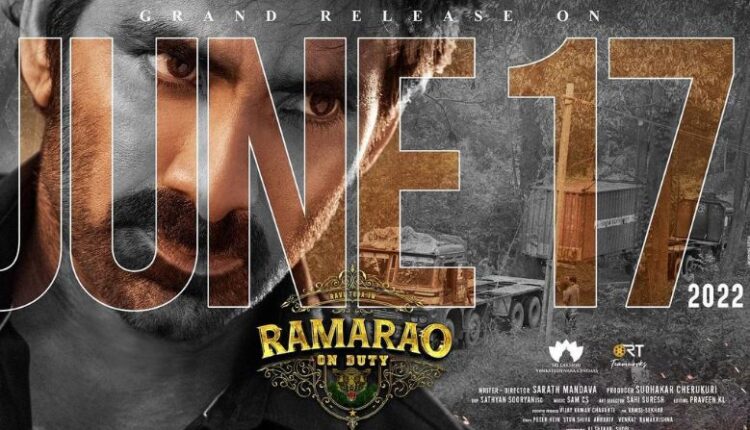 Mumbai: Ravi Teja starrer action thriller Ramarao On Duty is all set to hit the theatres on June 17, 2022.  The film also stars Divyansha Kaushik and Rajisha Vijayan as the female lead along with Ravi Teja. Venu Thottampudi will also play a key role in the project which will also mark his return.

The movie was produced by Sudhakar Cherukuri, the movie is said to be inspired by real-life events. Ramarao On Duty is written and directed by Sarath Mandava and is jointly produced by SLV Cinemas and RT Team Works banners.