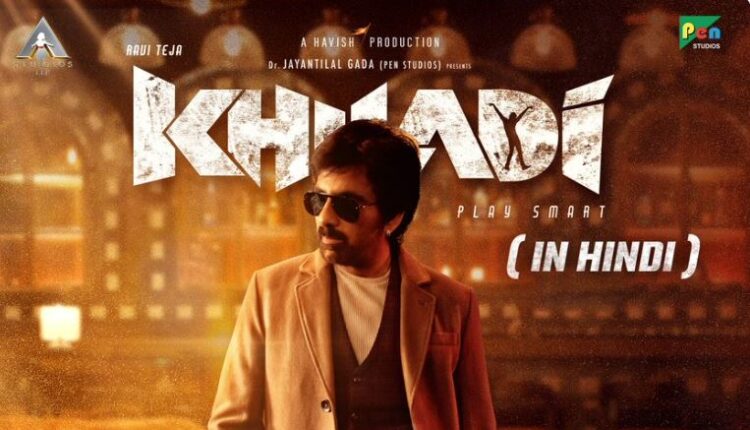 New Delhi: Ravi Teja’s upcoming action movie ‘Khiladi’ is all set to release in the Hindi language in cinemas on February 11.

Helmed by Ramesh Varma, Ravi Teja will be seen in a completely different role in the film produced by Pen Studios in association with A Studios. The film also stars Meenakshi Chaudhary and Dimple Hayathi in lead roles.

The film is presented by Dr. Jayantilal Gada (Pen Studios) in association with A Studios. Pen Marudhar will be distributing the film in the North Territory. Khiladi (Hindi) will release on 11th February 2022 in cinemas.