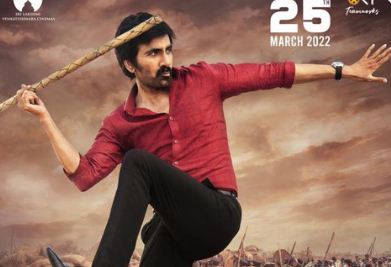 The actor took to Twitter and announced the new release date. Sharing the film’s poster, he wrote: #RamaRaoOnDuty from 25th March 2022😎

In the poster, the actor is seen throwing a stick, and people in the background can be seen running with sticks too.

The movie was produced by Sudhakar Cherukuri, the movie is said to be inspired by real-life events. Ramarao On Duty is written and directed by Sarath Mandava and is jointly produced by SLV Cinemas and RT Team Works banners. Sam CS is a music composer. The film also stars Divyansha Kaushik as the female lead.

On the work front, is currently awaiting the release of his action-thriller Khiladi directed by Ramesh Varma, where he will be seen in dual roles.