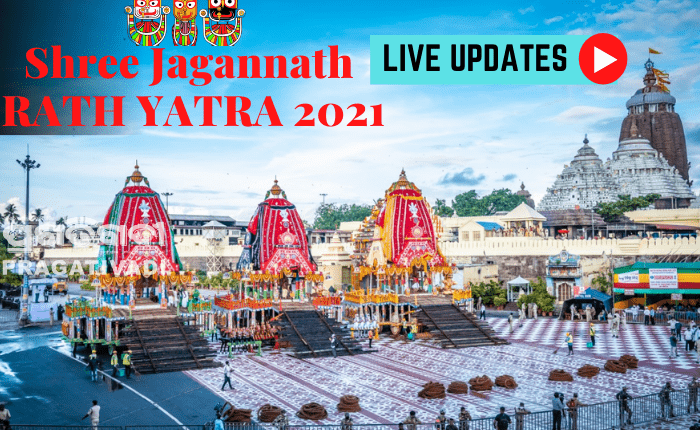 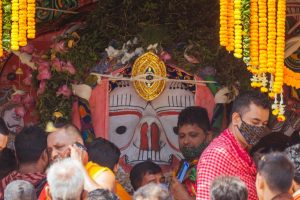 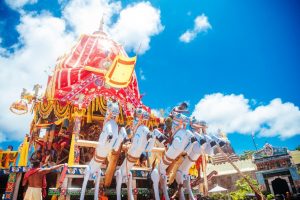 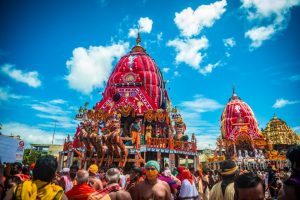 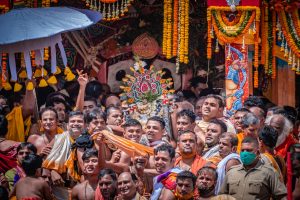 Gajapati– the king of Puri and the first servitor of Lord Jagannath arrives at Srimandir to pay obeisance to the Holy Trinity on the three chariots. After performing Aarti and Alata Chamara Seva on three Chariots, ‘Chhera Pahanra’ Ritual begins. The Puri Gajapati did not perform the ‘Chhera Pahanra’ ritual during Snana Yatra this year due to the COVID-19 pandemic situation.

Shankaracharya Pays Tributes To The Lords On Chariots

In a bid to pay his obeisance to the holy deities on the three chariots, Puri Govardhan Peeth Shankaracharya Nischalananda Saraswati arrives at Srimandir. After the Dhadi Pahandi ritual of the Holy Trinity, Madan Mohan Jew– the replica of Lord Jagannath, Balabhadra and Devi Subhadra ascended their respective chariots.

Amidst the tunes of bells and cymbals, Pahandi rituals of the Holy Trinity conclude. Lord Jagannath and his siblings along with lord Sudarshana have ascended their respective chariots. 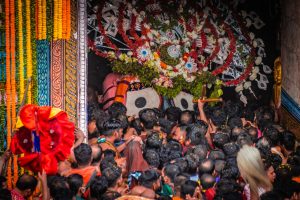 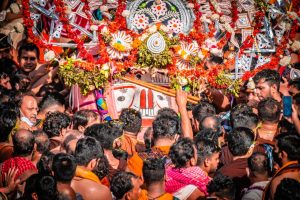 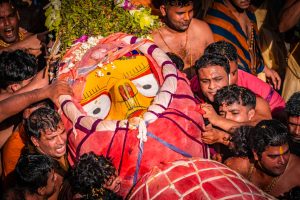 Memsmeraising eyes of devotees after a long break, elder brother of Lord Jagannath–Lord Balabhadra & Devi Subhadra make their way to their magnificent Taladhwaja and Devidalan chariots with divine grace.

Puri: After completing the formal establishment of the three chariots of the Holy Trinity, servitors escort Lord Sudarsan to the Devadalana – the chariot of Devi Subhadra, in Dhadi Pahandi. 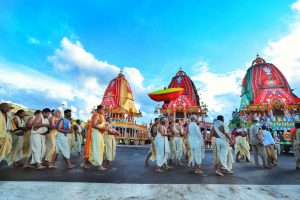 Puri: The historic Rath Yatra of Lord Jagannath has begun in Odisha’s Puri. In the wake of the COVID-19 pandemic, devotees are not allowed to participate in the festival.

Here’s Why You Should Eat Plant-Based Protein

Ailing Woman, On Way To Home From Hospital, Dies After Bus Abandons Her