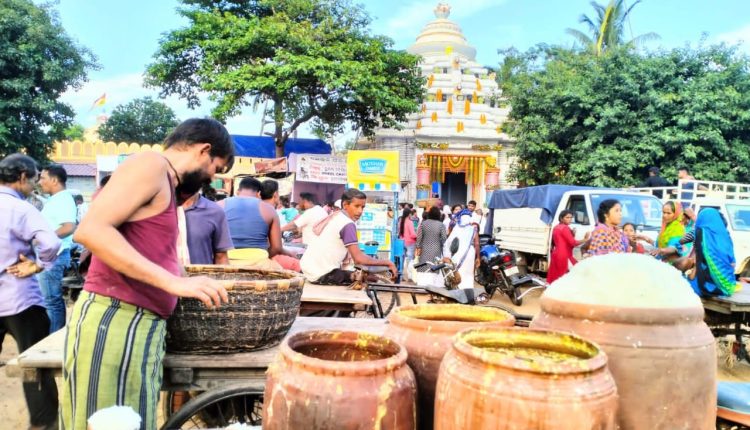 Puri: Lord Jagannath and his siblings—Lord Balabhadra and Devi Subhadra– were on Saturday evening placed at the Adapa Mandap after being taken inside the Gundicha temple, where they will stay for the next seven days till Bahuda Yatra.

There is a belief that one gets virtues of deeds of crores of birth after having darshan of Chaturdha Murti (Lord Jagannath, Lord Balabhadra, Goddess Subhadra and Sudarshan) on Adapa Mandap, which is the birthplace of the deities, during their nine-day sojourn. 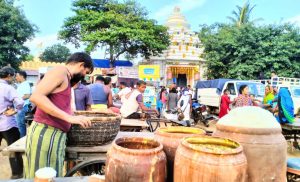 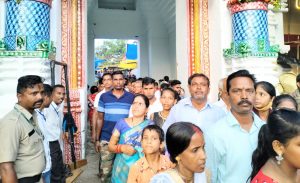 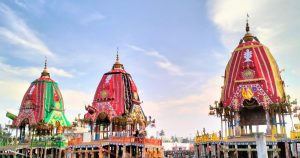 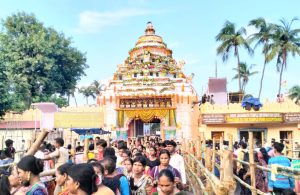 During the Rath Yatra, the Lords move to their birthplace once in a year leaving their abode Srimandir for 9 days and give darshan to their devotees on Adapa Mandap in Gundicha Temple.

The influx of devotees will continue to the temple till the Bahuda Yatra. Later, the crowd will be again shifted in front of the Singha Dwara of Srimandir till Niladri Bije of deities following Suna Besha and Adharapana rituals on chariots.