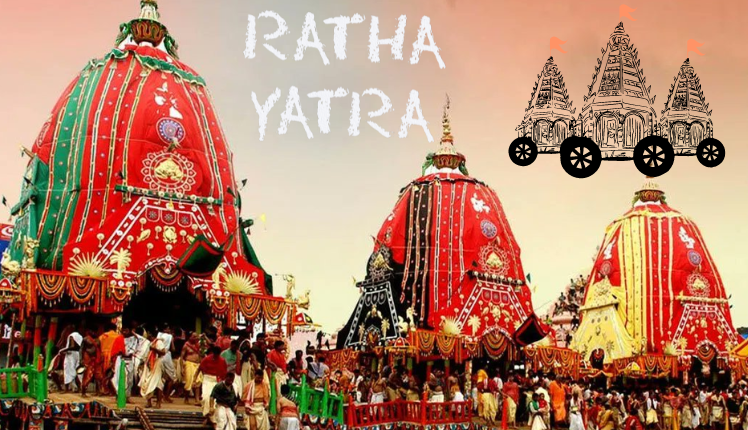 Rath Yatra: An Insight Into Dahuka Boli And Its History!

Puri: Devotees from across the nation and abroad throng the Lord Jagannath’s Temple in Puri at the time of Rath Yatra every year. Lord Jagannath, Balabhadra and their sister Subhadra are the three presiding deities of the Puri shrine which attract millions of devotees to the sacred place to get their blessings.

Among the various rituals during the holy Trinity’s Rath Yatra, Dahuka Boli holds a significant value.

Dahuka Bolis are modified folk songs laced with profanities, traditionally sung by servitors and charioteers to entice the crowd after which the rolling of the chariot commences.

The traditional custom of poetic recitations marks a symbolic expression of fertility and life cycle ‘bolis’ are sung by ‘Dahuka’ servitors.

Believed to be the descends of the renowned Mahasiddhas, the ritual of Dahuka bolis has been a part of the Rath Yatra since ages.

In the earlier times, poetic recitations depicting ardent sentiments were chanted but now with the changing times, the custom has witnessed a change for the good.

Considered as the moving charioteers of the holy chariot, servitors sing Dahuka Boli by waving sticks in a to and fro motion to encourage devotees to pull the heavy chariot.

According to the mythological belief, the repetitive narration of Dahuka Boli stirs mystic feeling in the minds of the devotees, creating a spiritual atmosphere.

After the chanting of the songs are over, the Lord’s chariot rolls on the grand road followed by creaking sounds of various trumpets like bheri, turi, kahali.

Devotees recite prayer chants like ‘Hari Bol’ and ‘Hulahuli’ (tongue-tied sound made by women on joyous and religious occasions) after which the sacred Rath is pulled with three deities residing in it.

An important ritual of Rath Yatra, the relevance of Dahuka Bolis has been mentioned in the rights of records of Sree Mandira for not being an ordinary service. The hereditary service of charioteers was lauded and they even received free land from the ‘Gajpati’ king of Puri for rendering their service.

Proud To Win The Player Of The Series Award: Bhuvneshwar Kumar