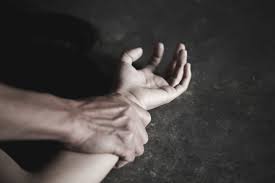 Dhenkanal: The prime accused in the alleged rape and murder of a four-year-old girl, whose mutilated body was found in a nullah at Kharakhari village in the district on Saturday, was arrested today by the Kankadahada police.

The accused has been identified as Sankarsan Dehury, a resident of Kaliapani area in Jajpur district. He will be produced in a local court later in the day today, said Suprasana Mallick, Kamakhyanagar Sub-Divisional Police Officer (SDPO).

The officer also revealed that the accused has confessed to the crime during the questioning. Besides, clothes bearing blood stains have been recovered, he added.

“We will produce the necessary evidence before the court to fast-track the trial. As per the orders of the SP, we will be filing the charge-sheet as early as possible,” the SDPO said.

According to reports, the victim, daughter of Bikram Soren of Kharakhari village under Kankadahada police limits, did not return home on Saturday. After being unable to trace her, the family members of the victim lodged a missing complaint with the police.

Based on the complaint, the SDPO of Kamakhyanagar, Suprasanna Mallik and the Inspector-in-charge of Kankadahada police station launched an investigation. However, the girl’s body was found floating in the Maramburu nullah near the village market the next day.