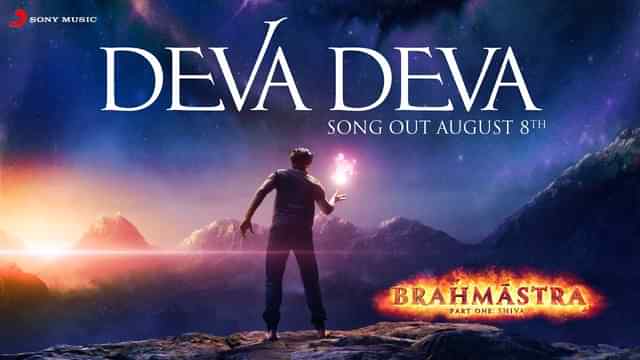 Ranbir Kapoor’s Brahmastra Song Deva Deva Teaser Out, Track To Be Out On August 8; Watch

New Delhi: Ranbir Kapoor starrer Brahmastra is one of the most anticipated movies of the year. Recently, the makers unveiled the first romantic song from the film, Kesariya which instantly became a massive hit among the audience. Now, Ayan Mukerji, director of Brahmastra unveiled the teaser of the film’s second song titled Deva Deva.

Sharing the teaser of Deva Deva, Ayan called it the soul of Shiva’s journey and captioned it: “DEVA DEVA Teaser. (And the rest of it – out on this coming Monday – the day of Lord Shiva) Deva Deva – was the first song to be composed for Brahmāstra, capturing right away the Soul of Shiva’s Journey in the movie! It has given me so much Energy and Joy over the time it has been with us…And I’m really looking forward to finally sharing the feeling of this Song with everyone – on August 8th!”

Talking about the film, Brahmastra – Part One: Shiva is slated to release on September 9 in five Indian languages– Hindi, Tamil, Telugu, Malayalam, and Kannada. The film is bankrolled by Fox Star Studios, Dharma Productions, Prime Focus, and Starlight Pictures.