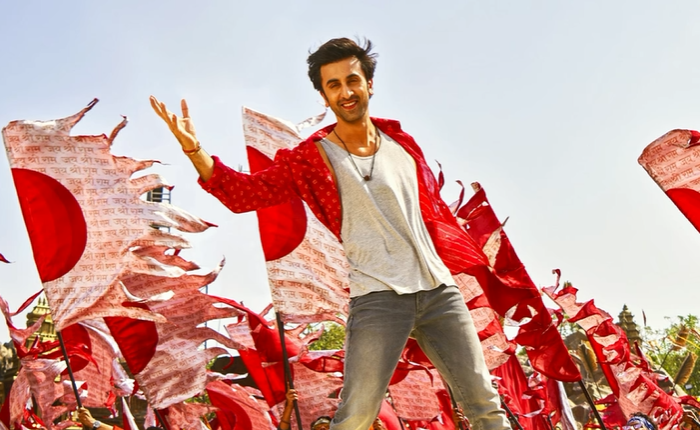 Taking to Instagram, the ‘Wake Up Sid’ director shared the poster which he captioned, “DANCE KA BHOOT (Song Teaser out Soon) Our Third Song And… our Biggest in terms of ambition and scale! Delayed twice because of the Pandemic but eventually shot with stubborn patience so we could achieve the Vision we wanted for it!.”

In the poster, actor Ranbir Kapoor could be seen standing on a huge drum, with his one hand up in the air, along with the dancers holding red flags in the background.

Talking about the film, Brahmastra – Part One: Shiva is slated to release on September 9 in five Indian languages– Hindi, Tamil, Telugu, Malayalam, and Kannada in cinemas. It is directed by Ayan Mukerji. Filmmaker SS Rajamouli is presenting the film in all four languages. Chiranjeevi has lent his voice to the Telugu trailer of Brahmastra. The film is bankrolled by Star Studios, Dharma Productions, Prime Focus, and Starlight Pictures. It is intended to serve as the first one ever made in a planned trilogy as a part of its own cinematic universe called ‘Astraverse.’

Amazing Tricks That Will Make Your Nail Polish Dry Faster