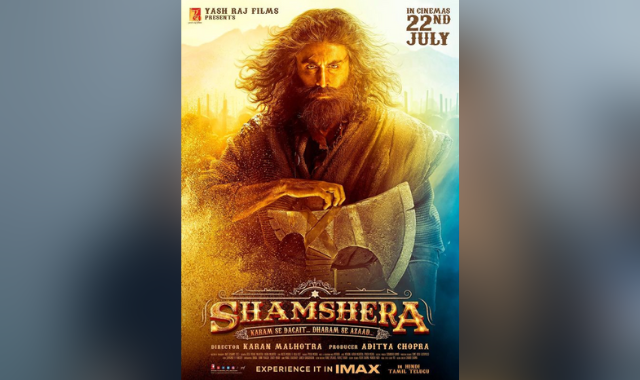 Announcing the teaser, YRF’s tweet read, “A legend who will leave his mark. #ShamsheraTrailer out on 24th June. Experience SHAMSHERA in @IMAX in Hindi, Tamil & Telugu. Celebrate #Shamshera with #YRF50 only at a theatre near you on 22nd July.”

Check out the Shamshera teaser below:

Directed by Karan Malhotra, Shamshera is set to release in theatres on 22 July. Ahead of the film’s release, the cast will soon kick-start promotions for the film.