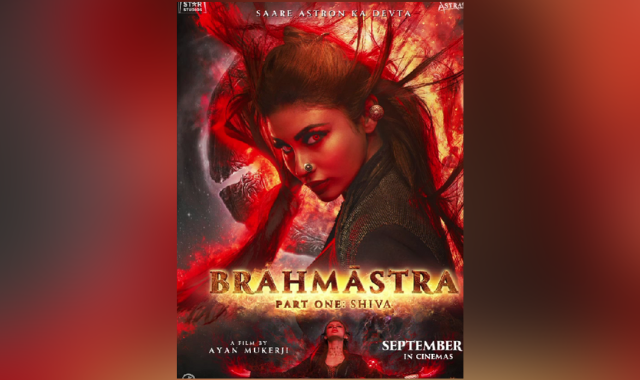 Sharing the poster featuring Mouni as Junoon, Ayan expressed how the actress has killed in the film. He wrote, “A lot of people, I think, are going to walk out of Brahmāstra, talking about Mouni’s Performance as Junoon. Moun – who has deep belief and deep surrender for Lord Shiva – has always understood Brahmāstra very naturally – and with that understanding, she really killed it with her part in our movie! My first meeting with her, I offered her a ‘special appearance’ in Brahmastra. Eventually she shot with us from our first day to our last schedule, and is really, the surprise package in the film!.”

Have a look at Mouni Roy as Junoon in Brahmastra below:

Earlier Ayan had shared the character posters of Amitabh Bachchan and Nagarjuna in which he introduced their characters.