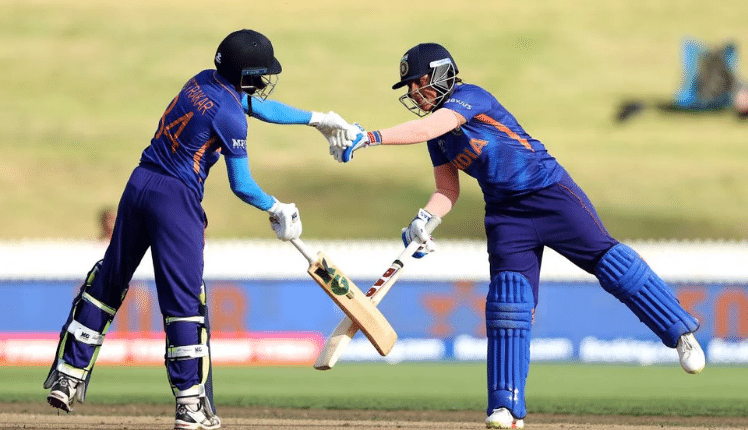 Hamilton: India beat Bangladesh by 110 runs, thanks to a half-century from Yastika Bhatia and a brilliant four-wicket haul from Sneh Rana, in their ICC Women’s World Cup clash at Hamilton on Tuesday (March 22). India are placed third with three wins and three losses from six games.

Speaking after the win, Team India skipper Mithali Raj heaped praise on Yastika Bhatia, Sneh Rana and Pooja Vastrakar for their efforts with the bat.

“Happy with the win. It (batting collapses) does happen sometimes. I remember the last time I was inconsistent was in 2012. So, it does happen. But we had a good opening partnership. On a wicket like this, it’s hard for an incoming batter to get runs. The anchoring innings by Yastika was important. The partnership from Sneh Rana and Pooja was crucial to get to 230. It’s a good effort from the batting line-up to get there despite the loss of wickets. Selectors have also been on the same page in bringing more all-rounders. For a long time, we’ve always banked on our spinners and we have quality spinners. Today’s surface did help them a lot too. Wouldn’t say we are spin-dominant, it also depends on the opposition we’re playing.

“(On the game against South Africa) We haven’t played a game in Christchurch yet, so that’s a challenge. It’s an important game for India and we would want to do well in all departments,” said Mithali at the post-match press conference.

Yastika Bhatia, who scored a crucial 50 in the game, was elated to receive her maiden Player of the Match award.

“Very pleased with the performance although I would have liked to contribute with a few more runs. Nevertheless, I am very happy with the result. In domestic cricket, I prepared to play at No. 3. But in my mind, I was clear that my focus was to contribute to the team. So the preparation and net sessions were focussed on that. Sometimes, wickets are not good and wickets can fall, so strike rotation is in my mind.”