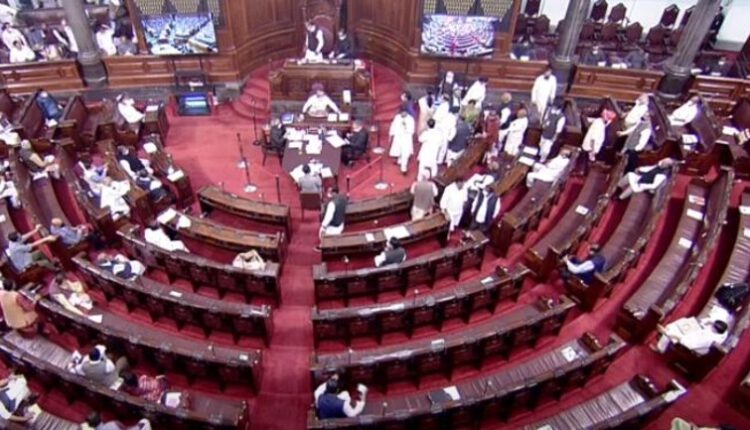 New Delhi: The second part of the Budget session of Parliament was filled with chaos and the Rajya Sabha was adjourned at 10.02 am, minutes after Question Hour began – as Congress MPs raised slogans demanding a debate over the rise in fuel prices in the past many weeks.

To this, Rajya Sabha Deputy Chairman said that several appropriation bills are pending and that fuel price hike can be discussed later.

Following sloganeering by Congress MPs over their demand for a discussion on the rise in fuel prices, Rajya Sabha Chairman M Venkaiah Naiduajya Sabha adjourned the Upper House till 11 am and said, “I don’t want to take any drastic action on the first day.”

“Petrol and diesel prices are nearly Rs 100 per litre and Rs 80 per litre respectively. LPG prices have also gone up. Rs 21 lakh crores have been collected by putting excise duty/cess, because of this entire country including farmers are suffering,” said Mallikarjun Kharge in Rajya Sabha.

The main focus of the government in the second part of the session is to get various demands of grants for the financial year 2021-22 passed along with the Finance Bill which carries various tax proposals.

The part two of the session is taking place at a time when political parties have their focus on elections in West Bengal, Tamil Nadu, Assam, Kerala and Puducherry. The first part of the Budget session started on January 29 with the President’s address to joint sitting of both houses of Parliament. The address was boycotted by over 20 opposition parties, including the Congress, in support of the demand of the protesting farmers for the repeal of the three farm laws. Thereafter, House proceedings were washed out for four consecutive days over the opposition’s demand for separate discussion on farm issues. To compensate the session’s lost time, the House sat till midnight for several days.