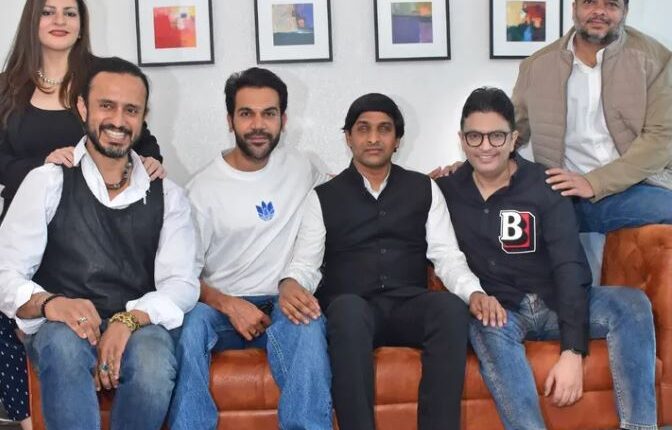 Mumbai: Rajkummar Rao is set to play the role of industrialist Srikanth Bolla in an upcoming film. The film is directed by Tushar Hiranandani.

Check out the announcement here

RAJKUMMAR RAO TO STAR IN BIOPIC ON INDUSTRIALIST SRIKANTH BOLLA… #RajkummarRao will essay the lead role in the biopic on industrialist #SrikanthBolla… Directed by #TusharHiranandani… Produced by #BhushanKumar, #KrishanKumar and #NidhiParmarHiranandani… Starts July 2022. pic.twitter.com/JH2lzl0YZJ

The biopic will trace Bolla’s journey from his birth and continue to time at MIT and how he came back to the country, despite many opportunities being offered to him in the US.

According to a Deccan Chronicle report, Bolla was born visually impaired in Seetharamapuram in Andhra Pradesh’s Machilipatnam. The youngster who wanted to pursue Science for his secondary education was refused permission by his school.

On the work front, apart from biopic, the actor is set to star opposite Bhumi Pednekar in the film Badhaai Do. The movie is a sequel to the 2018 hit Badhaai Ho. He will also feature in HIT – The First Case opposite Sanya Malhotra, Anubhav Sinha’s Bheed and Netflix’s Monica, O My Darling.

Upgrade Your Wellbeing With These Yoga Asanas