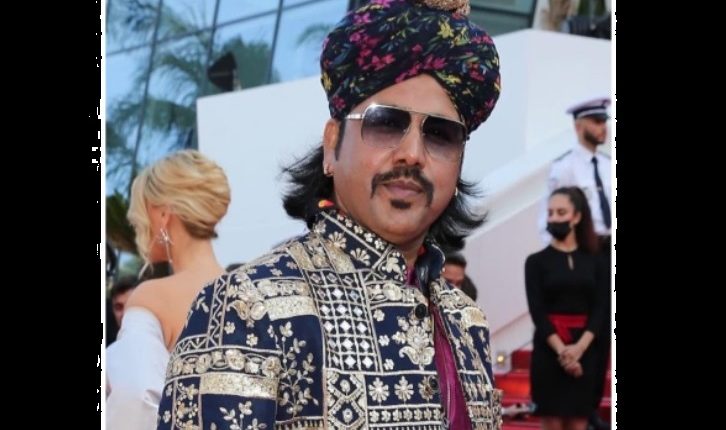 New Delhi: Rajasthani singer Mame Khan scripted history as he became the first folk artist from India to walk the red carpet at the Cannes Film Festival on Tuesday.

For the red carpet, Mame Khan wore a traditional Rajasthani outfit – a vibrant pink kurta set and layered it with an embroidered blue jacket. Designed by Anjuli Chakraborty, he completed his look with a traditional headgear and classy sunglasses.

Mame Khan has been a playback singer for several Bollywood films, including Luck By Chance, I am, No One Killed Jessica, Monsoon Mangoes, Mirziya and Sonchiriya.

The singer also featured in an episode of Coke Studio with Amit Trivedi.