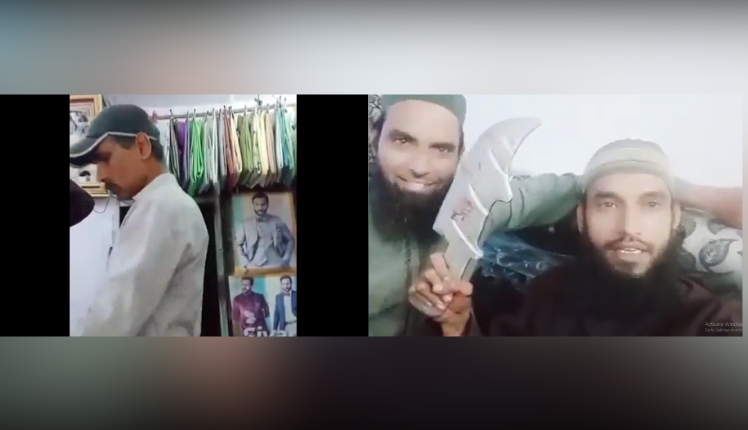 Jaipur: A horrific murder recorded on camera has landed on social media recently from Rajasthan’s Udaipur where two Muslim persons were seen beheading a Hindu man.

It is obtained that the accused did such a heinous crime because the deceased, a Hindu shopkeeper supported suspended BJP leader Nupur Sharma on his social media post.

On Tuesday, a video emerged on social media showing two men entering a tailor’s shop in Udaipur and proceeding to attack him with knives. In a separate video posted by the two men, the duo is heard admitting to the murder and threatening PM Narendra Modi.

India Today has learnt that the murder followed a post put up by the shopkeeper’s eight-year-old son in support of Bharatiya Janata Party leader Nupur Sharma. Nupur Sharma was recently in the news for her controversial statements about Prophet Muhammad.

The police have said that they have identified the alleged murderers and are searching for them. Meanwhile, internet services have been suspended in the area for the next 24 hours.

Condemning the murder, Rajasthan Chief Minister Ashok Gehlot vowed to ensure the strictest punishment for those responsible. At the same time, he appealed to people to maintain peace. Gehlot also appealed to people not to spoil the peaceful atmosphere by sharing the video of the incident on social media.

Another 49 COVID-19 Patients Recover In Odisha; Active Case Tally At 517