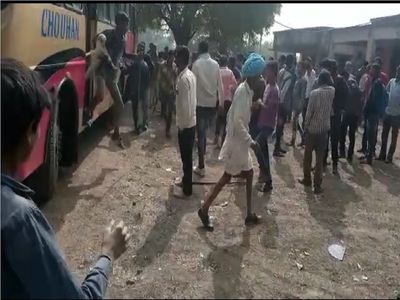 Jhalawar: Nearly three dozen women and children belonging to Kanjar community here were abducted in Rajasthan, but cops arrived in time to rescue them.

Six people were arrested in this regard. Police have also seized a country made pistol and two cartridges and other sharp-edged weapons from the accused.

Police said the people from Kalsiya village in MP were angry over the frequent incidents of theft and thus attacked the Jhalawar village. While the men managed to flee, the accused kidnapped the women and children.

The cops have also booked 94 unnamed accused under SC/ST (Prevention of Atrocities) Act, Arms Act, kidnapping and other relevant sections of IPC.

This is a shocking scene reminiscent of medieval times. The incident took place in Baman Devriya and Hajdiya area under Unhel Police Station in Rajasthan.

Police said the kidnappers came from Kalsiya Village in Alot Tehsil of Ratlam district of Madhya Pradesh. The  Jhalawar police got information of the incident and rescued all women and children. The incident has once again raised a question mark over the law and order situation in Rajasthan.

The  abductors were armed with swords and sharp-edged weapons.