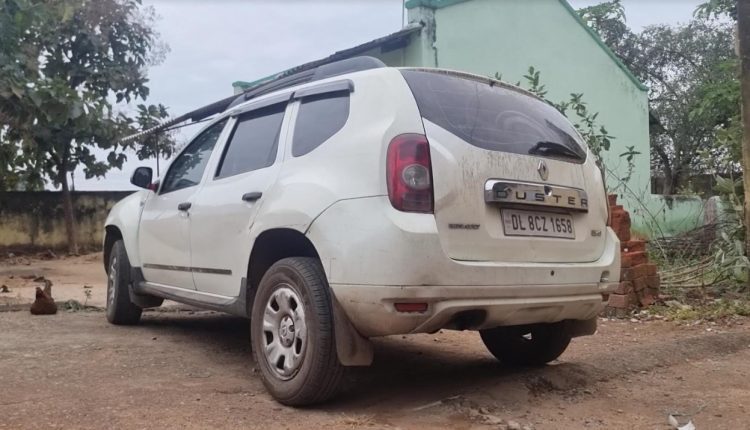 Bolangir: In a major development in Raipur’s Tannu Kurre murder case, Turekela police here have seized the SUV used in the murder. Marks of firing and blood spatter were spotted in the seized vehicle, said sources.

Earlier, Turekela police had arrested Sachin Agarwal along with his accomplice Suraj Agarwal and seized the pistol and bullets used in the murder.

Sachin was in police remand for three days which ended today.

It has been reported that Turkela police produced Sachin in Kantbanji court today and applied for remand.

It is worth mentioning, the accused Sachin Agrawal, killed Tanu, his girlfriend over her relationship with another youth and burnt her body in a bid to destroy evidence.

On November 21, Kurre, a native of Korba district of Chhattisgarh who worked with a private bank in Raipur, left for Bolangir with Sachin.  As she was untraceable, a missing person complaint was lodged by her family members with the Pandri police station in Raipur on November 22.

During the investigation, the Raipur police learnt about the recovery of a woman’s body in Bolangir district which was later identified as that of the missing bank employee, said the officer.

Police traced the mobile phone location of Sachin and found him travelling in a train in Odisha, from where he was nabbed on Thursday and was in custody of Odisha police. He had plans to flee to Kolkata.