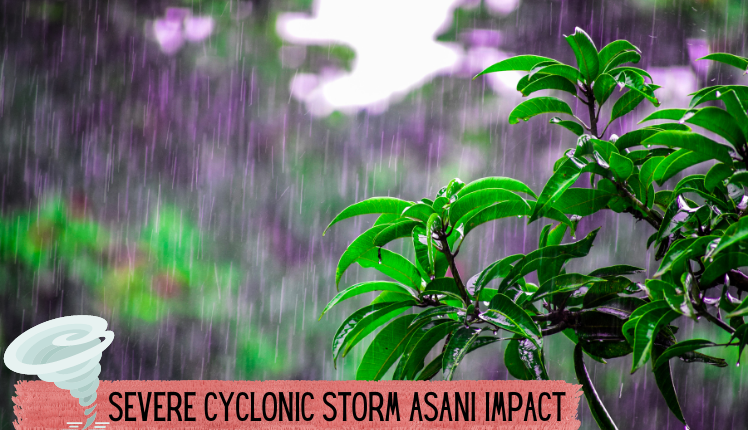 Bhubaneswar: The India Meteorological Department (IMD) regional centre on Wednesday informed that heavy to very heavy rainfall will occur in several parts of Odisha due to severe cyclonic storm ‘Asani’.

As per the Regional Meteorological Centre here of the India Meteorological Department (IMD), the nine districts (Gajapati, Mayurbhanj, Koraput, Rayagada, Keonjhar, Malkangiri, Ganjam, Nabarangpur and Balasore) are likely to experience heavy rainfall due to the cyclonic storm.

It is very likely to move nearly northwestwards for the next few hours and reach Westcentral Bay of Bengal close to Andhra Pradesh coast. Thereafter, it is very likely to recurve slowly north-northeastwards, move along Machilipatnam, Narsapur, Yanam, Kakinada, Tuni & Visakhapatnam coasts and emerge into westcentral Bay of Bengal off North Andhra Pradesh coasts by today evening.

Then it is likely to move northeastwards towards northwest Bay of Bengal off Odisha coast and likely to weaken gradually into a depression by the morning of May 12.