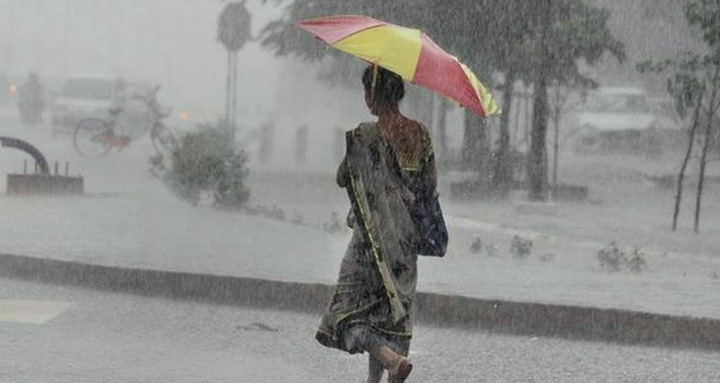 Bhubaneswar: The India Meteorological Department (IMD) Regional Centre here has issued rain and thunderstorm alert in 11 districts of Odisha on February 16 and 17.

Dry weather is very likely to prevail in the rest of the state during this period, it added.

Yellow warning of thunderstorm and lightning has also been issued for 11 districts in the state for 24 hours from 8.30 am on February 17. They are Rayagada, Gajapati, Ganjam, Kandhamal, Kalahandi, Boudh, Angul, Balangir, Mayurbhanj, Balasore and Keonjhar.

Light to moderate rain is likely to occur at one or two places in south interior Odisha: Gajapati, Ganjam, Angul, Keonjhar, Mayurbhanj, Jajpur, Balasore and Bhadrak on February 17.

However, there will be no major change in minimum temperature over the districts of the state in the next three to four days, said Weather scientist HR Biswas.

Intense Spell Of Rain In Twin City ; IMD Predicts Light To Moderate Rain In Next 24…