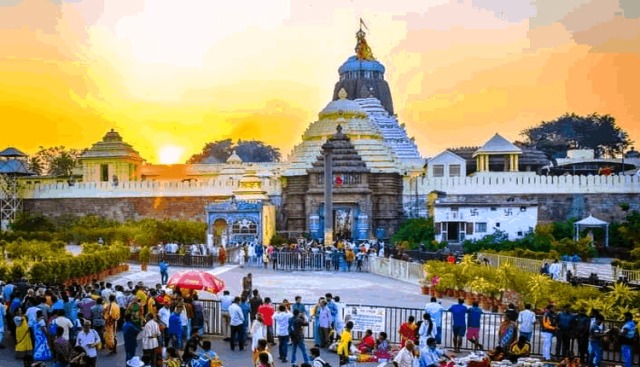 Puri: Incessant rain induced by Low Pressure on Thursday halted the famous Gosani Festival in the pilgrim city on the of immersion festival of Goddess Durga.

As per the rituals, gosani idols which add colors to the festive spirit at various puja pandals are congregated in front of the Singha Dwar of Shree Jagannath Temple before going for immersion. The congregation is called Deba Sabha.

Elaborate arrangements had been made for the gathering of around 60 idols of the town. However, the event has been put on hold due to inclement weather.

The programme will be organized again on Friday if weather condition remains favorable, Srikhetra Puja Committee secretary said after a discussion with district administration.

In Pics: Curtains Down On Dussehra Fest As Goddess Bid Adieu With High-Octane Celebrations