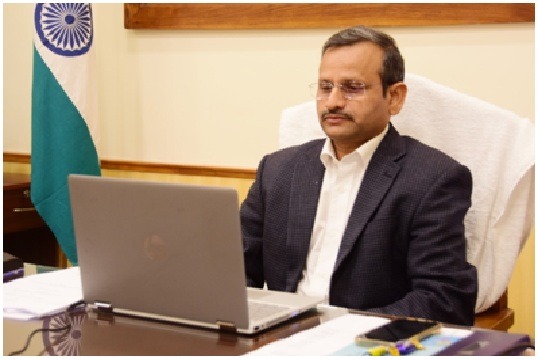 Further, Mohapatra asked the Principal Secretary Energy to take a month wise review of the work-schedule in coordination with concerned departments for expeditious implementation. Railways were asked to complete construction of their power conversion sub-stations in pace with power supply projects of the OPTCL. It may be pertinent here to mention that OPTCL supplies 132 Kv or 220 Kv power to railway feeders from where the railways take power as per requirement of the trains through power conversion sub-stations. MCL was requested to expedite the issue of no objection certificates for Belpahar transmission tower.

Presenting details of the projects, Principal Secretary Energy N.B. Dhal said, “presently around 27 railway traction transmission projects have been assigned to OPTCL out of which 07 projects have been completed within the scheduled time with investment of around Rs.59 cr. Other 17 projects estimated around Rs.247 cr are in different phases of implementation and 03 are in process of tendering.  Out of 17 ongoing projects, 08 have been prioritized as critical ones by the railways for which special focus have been laid on early completion of the projects”.

Other important RTSS projects reviewed in the meeting included the project at Maneswar, Bimilagarh, Belpahar, Malatipatapur, Sukinda Road, Dhanmandal, Gurposh, Bamara, Dhutra, Charbatia, Siju and Mancheswar. OPTCL was directed to complete these projects in the current working season within 2 to 3 months.