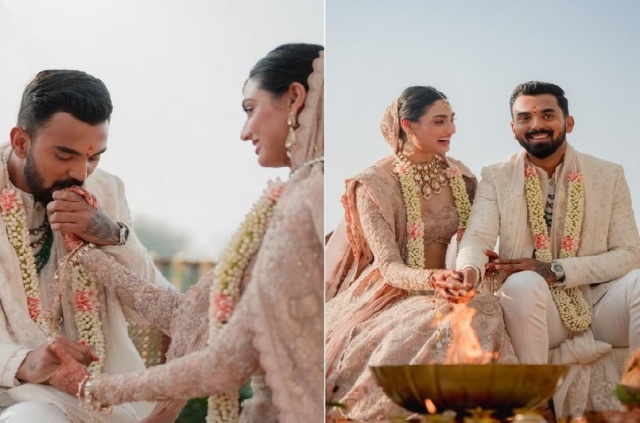 Mumbai: Athiya Shetty and KL Rahul have finally got hitched. The couple tied the knot at Suniel Shetty’s Khandala farmhouse. Suniel Shetty and Ahan distributed sweets to the paparazzi after the wedding.

The wedding festivities began with the Sangeet ceremony held on Sunday and will end with the wedding on January 23, 2023.

Expressing his happiness, Suniel told the media that he is very happy as the function went on really well and the family has something planned up for the reception once the Indian Premier League gets completed given Rahul has work commitments in the cricket league.

The ‘Phir Hera Pheri’ actor also mentioned that he still remains a father for Rahul like he is for his daughter Athiya and opined that the ‘in-law’ is a thing of the past.