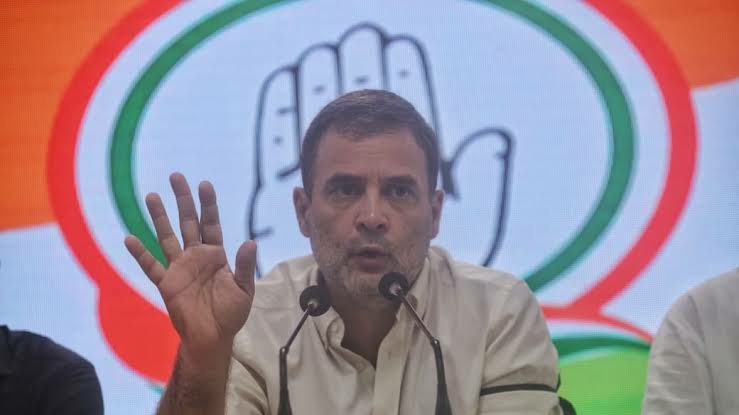 Mahuva/Rajkot: Congress leader Rahul Gandhi on Monday hit the Assembly poll hustings in Gujarat and accused the ruling Bharatiya Janata Party (BJP) of drawing up plans to displace adivasis who are the “first owners of the country” by handing over forests to industrialists.

He also said the government’s policies are creating “two Indias” of select billionaires and the poor. Gandhi addressed two rallies, one at Mahuva in Surat district and another in Rajkot, his first after the Gujarat Assembly poll schedule was declared earlier this month. Gandhi said he felt the pain of farmers, youth and tribals after meeting them during his Bharat Jodo Yatra.

Gandhi also spoke about joblessness, inflation, demonetisation impact, “faulty GST”, and the waiving of NPAs worth lakhs of crores of select billionaires while the Central government not extending the same benefit to poor farmers. The Congress MP took a break from his Bharat Jodo Yatra, which on Sunday wound up its Maharashtra leg, and travelled to Gujarat to hit the campaign trail.

The Congress, which had won 77 seats in the 2017 polls, is trying to pose a challenge to BJP, seeking a seventh straight term, in the home state of Prime Minister Narendra Modi. Gandhi said his 3,570-km yatra, which started from Tamil Nadu on September 7, was for the unity of the country and during the cross-country foot march he felt the pain of farmers, youth and people from the tribal community after listening to their problems.

“They (BJP) call you ‘vanvasi’ (forest dwellers). They do not say you are the first owners of India, but that you live in the jungles. Do you see the difference? It means they do not want you to live in cities, see your children becoming engineers, doctors, learn to fly planes, speak English,” he said at the rally at tribal-dominated Mahuva. Further attacking the ruling party, the Lok Sabha member from Kerala alleged BJP wants to keep tribals away from modern health and education facilities.