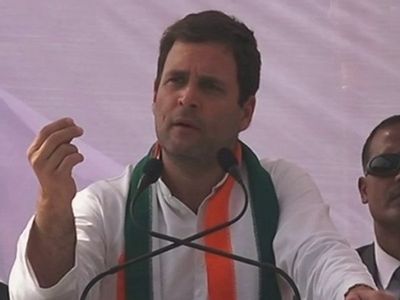 Rahul Gandhi criticizes Centre for its stand on dissenting voices

New Delhi: Former Congress chief Rahul Gandhi has criticized Central government for its stand on dissenting voices in the country.

Gandhi tweeted that in  Modi government dissenting students are dubbed as anti-nationals. He further tweeted that the concerned citizens are urban Naxals and migrant labourers are Covid carriers. The protesting farmers are Khalistanis and capitalists are best friends.

Gandhi on Saturday asked how many more ‘sacrifices have to be made’ before the three agriculture sector laws will be repealed by the government.

Worthwhile to mention that farmers have been protesting on different borders of the national capital since November 26 against the three newly enacted farm laws- Farmers’ Produce Trade and Commerce (Promotion and Facilitation) Act, 2020, the Farmers (Empowerment and Protection) Agreement on Price Assurance and Farm Services Act, 2020 and the Essential Commodities (Amendment) Act, 2020.