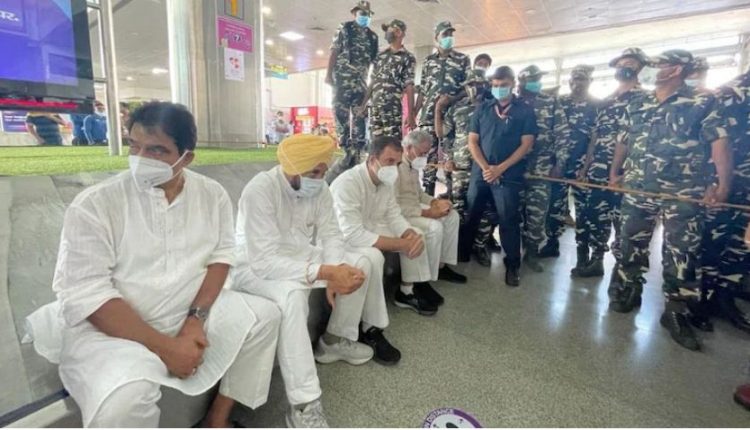 Lucknow: After security personnel briefly barred their way, Congress leader Rahul Gandhi along with his two-party members was allowed to leave Lucknow airport on Wednesday.

A huge crowd had gathered at the airport to welcome the Congress leader who was accompanied by Chief Ministers of Chhattisgarh and Punjab, Bhupesh Baghel and Charanjit Singh Channi.

Gandhi was stopped from leaving the airport, hours after the Uttar Pradesh government ostensibly gave him permission to visit violence-hit Lakhimpur Kheri.

In a video shared by ANI, Gandhi can be seen pointing to a cordon of security personnel who he claimed are barring his way out of the airport.

“Show this scene… they (the UP government) said that we are free to go and now they are stopping us. What kind of permission is this? This is Uttar Pradesh government’s permission,” he told the media.

Rajkummar Rao, Kriti Sanon’s ‘Hum Do Hamare Do’ Teaser Out!