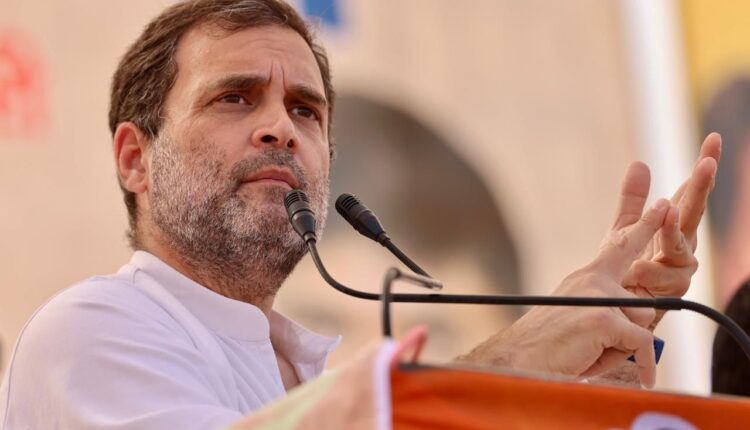 Lucknow: Ahead of Uttar Pradesh Assembly elections, Congress leader Rahul Gandhi attacked PM Modi over the dwindling rate of employment as well as other economic downturns on Friday.

Speaking at one of his election rallies that took place in Jagdishpur in UP’s Amethi district, Gandhi said that the entire state knew the Prime Minister’s statements were ‘lies’.

“Narendra Modi does not talk about employment because whole Uttar Pradesh knows that Modi lies. It knows that the Prime Minister can say anything in order to get votes. Instead of doubling the income of farmers, Narendra Modi brought three black laws (farm laws),” Gandhi said.

Wherever there are Congress governments, the promise we made has been fulfilled. In states where we have government, farmers’ loans were waived off, as promised,” he said.

Emphasizing the need to choose the better option when going to poll, Gandhi said, “ticket to generate employment is in your hands. When you go to the polling booth and press the button, that is the ticket to employment”.

“You people leave caste and religion and vote for your future. Farmers, small traders, middle-class businessmen should be helped only then employment will be created”, he further added.

Hemananda Biswal: A Timeliner Of The First Tribal CM Of Odisha

Condolences Pour In On Demise Of Ex-Odisha CM Hemananda Biswal