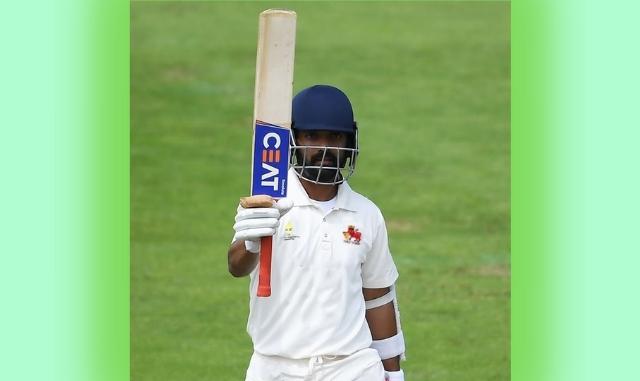 Ahmedabad: Smashing a ton in the ongoing tie between Mumbai and Saurashtra in the Ranji Trophy 2022, India batter Ajinkya Rahane indicated that he has returned to his form.

Rahane, playing for Mumbai, hit 100 in 212 balls to help his side recover from a precarious position.

Rahane got to 99 with a big six against left-arm spanner Dharmandrasinh Jadeja. When he got to the 3-figure score with a single, his batting partner Sarfaraz Khan also punched his air in delight.

It was tough conditions on a hot day but Rahane used all his experience to counter the Saurashtra bowling threat.

Rahane hit 14 boundaries and 2 sixes as he was involved in a 150-plus stand with Sarfaraz, who also got to a hundred in 191 balls, hitting 2 sixes and 11 boundaries.

Ajinkya Rahane was under considerable pressure as his spot in the Indian Test team was in danger after a string of poor scores. The senior batter had scored just 136 runs in 6 innings in India’s 2-1 defeat in a Test series in South Africa earlier this year.