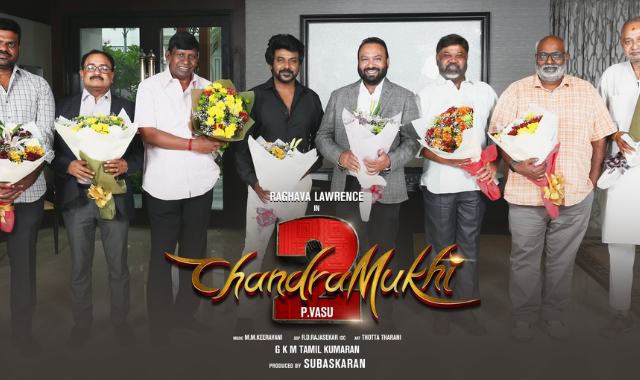 New Delhi: The popular production Lyca Productions announced the sequel of the much-acclaimed south movie Chandramukhi, the movie will feature actors Raghava Lawrence and actor-comedian Vadivelu in the lead roles.

The makers took to Twitter and shared a pic with the cast and crew as they announced the details. The film is under production and will soon go on to the floors. Raghava Lawerence shared a pic with Vadivelu as he penned a heartfelt as Chandramukhi 2 officially begins the work.

Check out the pics here:

Chandramukhi, the original film, became the biggest blockbuster in South Indian cinema. The film is considered one of the best horror movies. The film, which was released in 2005, starred Rajinikanth, Prabhu, Jyotika, Vadivelu, Nayanthara, Nassar, and Vineeth in key roles. Chandramukhi was the Tamil remake of the popular 1993 Malayalam film Manichitrathazhu.

Kajal Aggarwal Recreates An Iconic Scene For SS Rajamouli From Baahubali: Check Out…