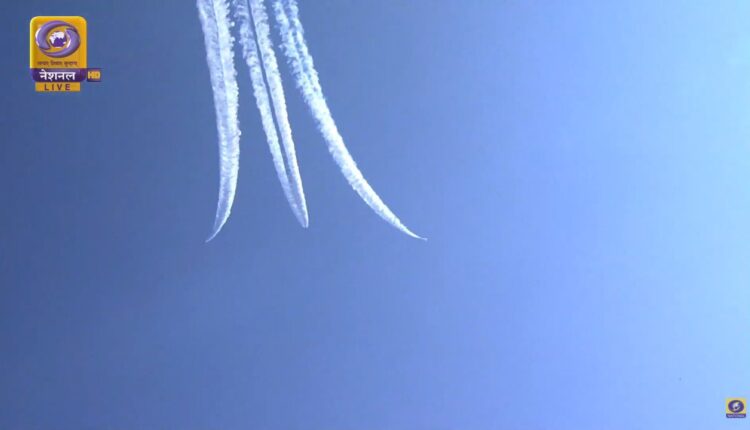 New Delhi: Rafale Fighter Jets, which were inducted into the Indian Air Force (IAF) last year, featured in the Republic Day parade and culminated the flypast by carrying out the ‘Vertical Charlie’ formation.

A Rafale Jet with two Jaguar Deep Penetration Strike Aircraft and two Mig-29 Air Superiority Fighters conducted the “Eklavya” formation at a Height of 300 M and A Speed of 780 Km/H. The parade culminated with a single Rafale Aircraft Flying at a Speed of 900km/Hr carrying out a ‘Vertical Charlie’.

Five Rafale Fighter planes were formally inducted into the IAF in September last year. A total of 38 Indian Air Force (IAF) aircraft participated in the flypast this year. The ‘Trinetra’ formation comprising three su-30mkis – the three Aircraft Split Outwards and Upwards, Forming a ‘Trishul In The Sky’ Enthralled The Audience.