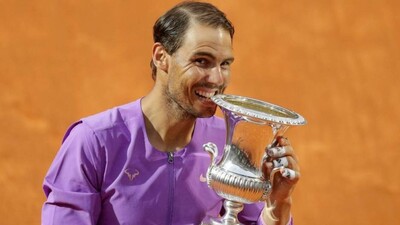 Spain: World No. 3 Spaniard Rafael Nadal on Sunday won his 10th Italian Open title, after overcoming a second set comeback from No. 1 Novak Djokovic in the final to triumph 7-5, 1-6, 6-3 in two hours and 50 minutes.

The title also re-established Nadal as the overwhelming favorite for the French Open, where the Spaniard will be aiming for an even harder-to-believe 14th title starting in two weeks.