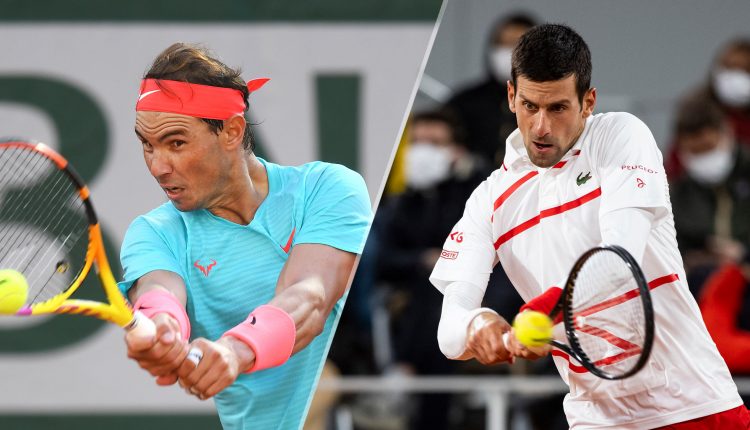 Normally, at this time of the year, I would have written a preview of the French Open 2021. However with Rafa Nadal, a 13 time French Open winner and overall 20 Grand Slam winner (and counting) commandingly in the fray, I will dispense with the preview and rather focus on the greatest ever tennis rivalry of all time, the rivalry between Rafa Nadal and Novak Djokovic.

Let me confess, I want a final between these two, and may the better player on the day win. Let us have a comprehensive look at all aspects of their incredible rivalry.

Rafa Nadal, Novak Djokovic, and Roger Federer are three of the greatest tennis players ever. We cannot talk about Nadal and Djokovic without at least a brief mention of Federer. When Rafa became World Number 2 for the 1st time in 2005, Novak was World Number 78. By the end of 2006 and 2007 as well, Rafa was still at number 2 but Novak climbed to 16 by the end of 2006, and he was world number 3 by the end of 2007. Roger was World Number 1 all this while. Since then, for the last 14 years, either Rafa or Novak or both have been in the top 2 of the world. Today as well, they are ranked Number 1 and Number 3 and that is only due to a travesty of rules since while Rafa won the Italian Open 2021 ( an improvement over his 2020 Open in which he lost to Diego in the QF) and Medvedev lost in the 1st round, yet Medvedev replaced Rafa as Number 2. For a large part of these 15 years, all have 3 occupied the top 3 ranks as well- at the same time.

Rafa-Federer, Rafa-Novak, and Novak-Federer are all great rivalries but Rafa-Novak is by far the best. The achievements of the duo are amazing and their spectacular rivalry is easily the best rivalry ever in the history of tennis. Their rivalry has overcome the Federer-Nadal rivalry as well as the Federer-Djokovic rivalry which are great rivalries as well.

The latest edition of the Rafa-Novak rivalry was seen recently in the final of the 2021 Italian open. These two had ruled this particular event and have won 15 out of the last 17 editions. Rafa leads their 9 match h2h here 6-3. As many as 6 of the 9 matches were in finals and Rafa has won 4 of them. In their latest match at the Italian Open, Nadal overcame a mid-match surge from his illustrious rival to lift a record-extending 10th Italian Open (next is Novak with 5) and a record-equalling 36th ATP Masters 1000 tournament win. Novak was the sole record holder at 36. Now he has Rafa for company. 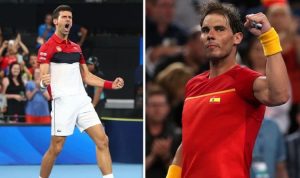 Let us look at various aspects of this fascinating rivalry. In fact, let me try to cover all aspects.

Overall Matches won: Rafa is at 4th here as well and Novak is 6th. Rafa has won 1022 matches so far and ahead of him are once again Connors, Federer, and Lendl with 1274, 1243, and 1068 wins respectively. Novak has won 950 matches and just ahead of him is Guillermo Vilas with 951 wins. Novak will certainly be the 5th player to win 1000 matches.

Matches won vs Top 10 players: Federer, Novak, and Rafa are at the top of the table here. Federer has defeated top 10 opponents 224 times. Novak has 219 wins while Rafa has 177 wins.

Head-to-head Clashes; Rafa and Novak have met each other as many as 57 times. No one else has played so many matches against each other. Novak has won 29 while Rafa has won 28.

Clashes in Finals; The indomitable duo have met in 28 Finals Novak has won 15 while Rafa has won 13. No one else has played so many finals against each other. In ATP Masters 1000, they have overall met 29 times with Novak winning 16 matches. In Masters 1000 finals they have met 14 times and won 7 each

Clashes at the Grand Slam events; they have met 16 times and Rafa has a 10-6 lead. If we go into break-ups of the four Majors, at French Open Rafa has won 7 of their 8 matches with Novak winning a solitary match. They have met thrice at the US Open with a 2-1 lead for Rafa. At the Australian Open, Novak has won their only match while at Wimbledon Novak has won twice and Rafa has won once. They are the first rivalry to meet in all the 4 Grand Slam finals.

Clay-court h2h; Rafa has a clear lead. He has won 19 of the 26 matches they have played. The last time Rafa lost to Novak on clay court was in the 2016 Italian Open QF.

Hard-court h2h; The situation here is just the reverse. Novak has won 20 of the 27 matches the duo have played. Rafa has won just 7 but crucially 2 of these are in the US Open out of their 3 meetings there, showing how much of a big match player he is.

Grass-courts h2h: They have met just 4 times. This is even with the duo winning 2 matches each.

ATP Masters 1000: Both have won 36 titles each. Nadal has not won at Miami and Paris while Novak has done the Golden Masters by winning all the 9, at least twice each. The duo has met at the masters 1000 as many as 29 times and Novak leads 16-13. At the Finals of Masters, they have met 14 times and they are tied a 7-7. It is not a coincidence that Novak is a factor in Rafa not winning at Miami where he has a 3-0 h2h and at the Paris Masters where Novak has won their only match.

ATP WTF Finals: Novak has won this season-ending tournament five times and while it does not make a difference to his glittering career, Rafa has not won a single time. Once again, in Rafa not winning, both Federer and Novak have a role as Rafa has entered the finals twice and lost once each to Federer and Novak. As for the h2h here between Rafa and Novak, it is 3-2 in Novak’s favor.

Davis Cup: The terrific duo have met just once and this was in the 1st round in 2009. Rafa won that match. Both pride themselves in playing Davis Cup and Rafa has been part of 4 Davis cup winning campaigns while Novak too has lifted the Davis Cup once with his teammates for his country.

ATP Cup: The Davis Cup is not there anymore and has been replaced by the ATP Cup. They have met just once and Novak won that match in the 2020 edition, which was won by Russia which had a terrific team consisting of Medvedev, Rublev, and Keratsev.

Olympics Rafa made history by becoming the 1st player to win the Olympic Gold medal in his 1st attempt. He calls it one of the most important wins of his career. He defeated Fernando Gonzalez of Chile in the final. This win was also important as it stopped Federer’s 237 consecutive weeks streak at Number 1. In the semi-finals, Rafa had defeated Novak and this was their only meeting ever at the Olympics.

The amazing duo has played Doubles together only once. They lost in straight sets to Pospicil and Raonic in the 1st round of the 2010 Canadian Masters.

I enjoyed making this compilation. I hope you enjoyed it as well. All the best Rafa and Novak for the French Open 2021 and hoping to see you both play each other in the finals.