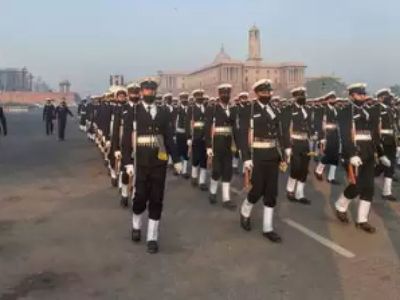 R-Day parade to be shorter amid pandemic

New Delhi: This year’s Republic Day parade will be of short duration, smaller marching contingents and  with fewer spectators.

This year’s R-Day parade will be different as it is the first to be held during a pandemic. The coronavirus guideline will be adhered to with strict social distancing protocols. The parade will feature fewer cultural performances as well as spectators.

The UK Prime Minister Boris Johnson will be the chief guest of the occasion. Reports said the parade will start from Vijay Chowk and will culminate at the National Stadium instead of ending at the Red Fort.

Officials said the distance will be reduced from 8.2 km to 3.3 km. The officials said nearly 25,000 spectators will be allowed to witness the parade. The parade attracts nearly 1.3 lakh people every year. As strict corona guidelines will be adhered to, therefore, children below 15 years and the elderly with co-morbidities will not be permitted to watch the parade.

The  parade will showcase country’s military might and cultural diversity like every other year, the officials added.  A contingent of the Bangladesh armed forces will also take part in the parade in view of the 50th anniversary celebrations of the 1971 war of liberation.