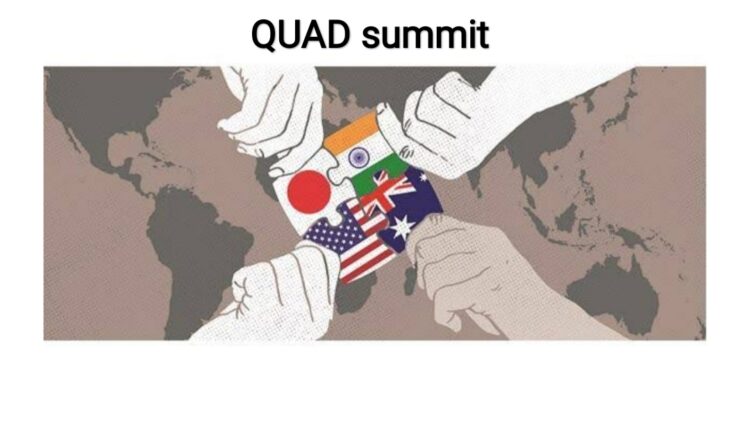 QUAD summit expected to be held on May 24 in Tokyo; India to join

Tokyo: India is likely to join Australia, Japan and the United States next month to send out the message that the Quad remained committed to containing China in the Indo-Pacific region, notwithstanding the geopolitical churning triggered by the Russia-Ukraine conflict.

Prime Minister Narendra Modi is likely to travel to Tokyo next month to join American President Joe Biden as well as his Australian and Japanese counterparts for a summit of the Quad, even as India’s refusal to condemn Russia for its military aggression against Ukraine drew flak in the United States and other western nations.

Apart from Modi and Biden, Australian Prime Minister Scott Morrison is expected to attend the Quad Summit 2022, which Japanese Prime Minister Fumio Kishida will host in Tokyo on May 24. This is going to be the second in-person meeting of the Quad – a coalition re-launched by India, Australia, Japan and the United Nations in 2017 to counter China’s hegemony in the Indo-Pacific region.

Biden had hosted Modi, Morrison and Kishida in White House in Washington DC for the first in-person summit of the Quad in September 2021.

Indo-pacific regionlatest newsQuad SummitQUAD summit expected to be held on May 24 in Tokyo; India to join