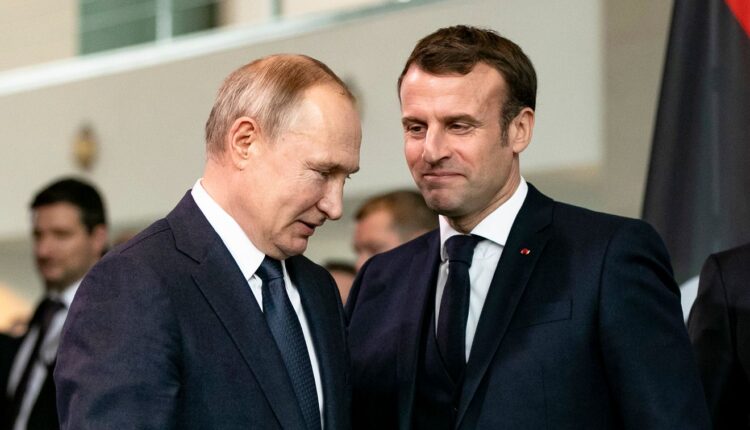 Moscow: Amid the war situation in Ukraine, Russian President Vladimir Putin and President of France, Emmanuel Macron on Thursday hold a discussion.

“During a telephone conversation held at the initiative of the French side, Vladimir Putin and President of the French Republic Emmanuel Macron had a serious and frank exchange of views on the situation in Ukraine,” read a Kremlin statement.
Putin gave an exhaustive explanation of the reasons for and the circumstances in which the decision to start a special military operation was made.

The parties agreed to stay in contact. A number of explosions were heard in the capital city of Ukraine as the Russian special military operation entered the second day